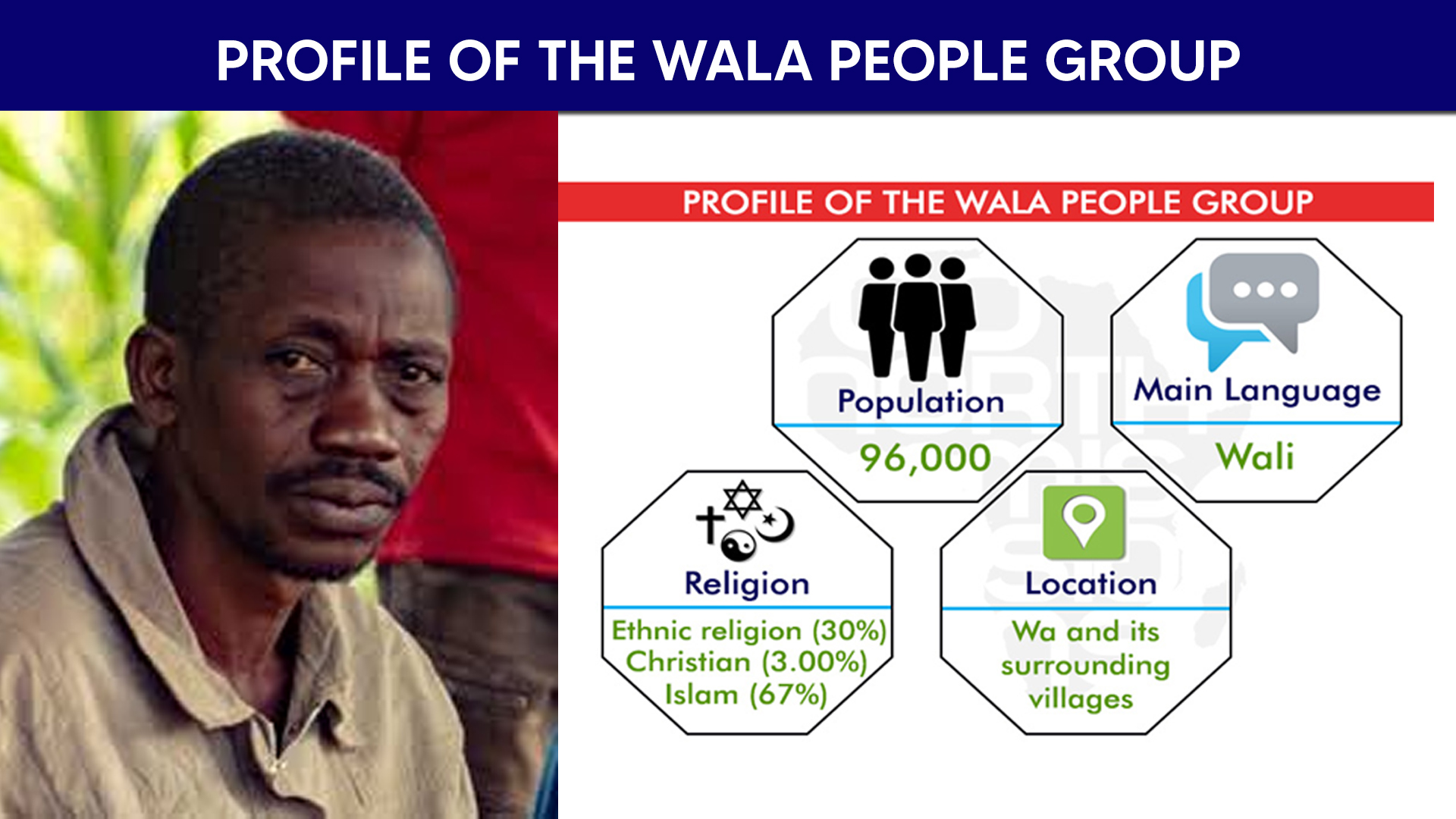 The Lobi-Wala occupy the Black Volta region where the countries of Ghana, Ivory Coast, and Burkina Faso meet. They actually form two separate groups: the Lobi (named for their language), and the Wala (named for the area, Wa, in which most of them live). Because the Lobi and Wala share many similarities in language, location, history, and culture, researchers often group them as one people: the Lobi-Wala. Both groups speak their own dialect of the Gur language, which belongs to the Niger-Congo language family.

In the 1600s, the Wala lived in Mamprusi and established control over the Dagari and Lobi peoples. They settled in Wa, northwestern Ghana. In the late 1700s, the Lobi migrated from Ghana to their present location due to pressure from larger groups in the area. The Lobi-Wala continue to migrate today, but to a lesser extent, either for better land or to find jobs in the cities. Because of continued invasions and raids from other groups, the Lobi-Wala developed their characteristic fortress-type houses and poison arrow weapons. They remain an aggressive people.

The Lobi-Wala are primarily farmers who migrate continually in search of adequate farm land. They raise cereals such as sorghum, millet, and maize, as well as yams, squash, beans, peppers, and a little rice. They sell some of their crops in local markets, especially sorghum beer. Most families also raise cattle, sheep, goats, and chickens. Wage-paying jobs have recently attracted some of the Lobi-Wala to parts of southern Ghana or Ivory Coast.

On the farms, men do most of the work in the fields, but women help with the planting and harvesting. Women cultivate their own vegetable gardens, collect forest products, gather firewood, and haul water. They also prepare the meals and make the beer. Both men and women build the houses.

The Lobi-Wala live in village settlements that consist of several compounds. The settlements are widely scattered in order to leave room for farming and for each family’s herds. Larger bush farms are located farther away from the settlements.

Children are cared for by their mothers and are breastfed until they can walk. At that time, children are considered to have become human and are entitled to a proper burial. Toddlers are cared for by their older sisters. Young girls play house around the compounds and sometimes help their mothers carry water or grind cereals. The boys help their fathers herd the cattle. Lobi girls, unlike girls from other tribes in the region, may also help their fathers and brothers with the herding.

Various ceremonies are held each year at the household shrines. For instance, at the end of the farming season, the abundance of grain is celebrated with dancing. Ceremonies also accompany events such as births, marriages, and deaths. The most important ceremonies, however, center on initiations into secret societies.

A majority of the Lobi follow their traditional animistic beliefs (belief that non-human objects have spirits), while most of the Wala have partially adopted the dominant religion of the area: Islam. Their “conversion” occurred in the eighteenth century when Dyula Muslim traders were absorbed into the Wala state and began to speak Wali instead of their Mande language. The Muslim Dyula subsequently became part of the Wala group and brought Islam with them.

The non-Muslim Wala have beliefs and practices that are very similar to those of the Lobi. The animistic religion of these groups is centered on deceased ancestors and objects of nature, both of which are worshipped. The earth is believed to watch over the community and bring fertility to the soil. The spirits of the ancestors are thought to watch over the lineage and to be involved with household matters. The people believe that these ancestral spirits need to be fed and cared for. The spirits are said to become hungry and dissatisfied when they are not properly appeased, turning into evil spirits. The animists also believe that spirits in animals and objects can be “caught,” after which time a shrine is built in their honor.

Although the Lobi-Wala have the New Testament written in their language, very few have become Christians. Most of them have never yet heard a clear presentation of the Gospel message. Increased missions efforts, additional laborers, Christian broadcasts, and evangelistic literature are greatly needed to effectively reach the Lobi-Wala with the Gospel. However, prayer is the first step toward seeing them reached.